A facelift is a medical procedure that can make you look and feel years younger. The biggest question that many patients have in mind is when they should have one. You might wonder about the average age and whether the procedure is the right solution to your signs of aging. According to a study performed by the American Society of Plastic Surgery, the new average age for a Facelift is 47 years old. At Dr. Jhonny Salomon Plastic Surgery and Med Spa, we have treated patients as young for a facelift  as 38 and as old as 76. There are many things that determine if you’re a good candidate for a facelift.. Dr. Salomon has performed thousands of Facelift procedures in over 20 years in Miami and he is an expert at giving you a natural rejuvenated result.

When is the Best Time for Facelift Surgery? 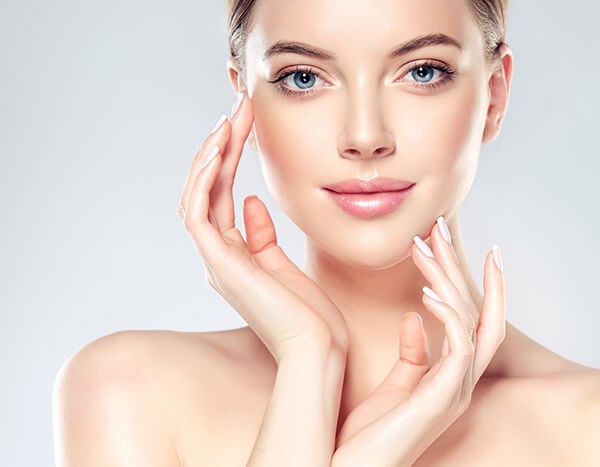 Doctors generally do not recommend a facelift for patients who are in their early 30s or younger because there is usually not enough facial aging. Over time and usually around the 40’s some significant changes start to happen.  Dr. Salomon likes to categorize these changes in 3 levels: laxity, volume loss and skin changes. Different aspects of the facelift procedure are tailored to these areas. This is the reason why patients are not a candidate for a facelift or facial rejuvenation until early 40’s with the median age being 47.

There are several types of facelift procedures that you might consider before talking to Dr. Jhonny Salomon Plastic Surgery and Medical Spa. The first is a mini facelift, which doctors often recommend to patients who are younger or show fewer signs of aging. With a mini facelift, the surgeon will make small incisions around both your ears and sometimes the forehead.. A mini facelift has a short recovery time.

For those who don’t have a lot of signs of aging in the face but where the neck has started to age a simple neck lift is the best procedure. With a neck lift, the surgeon places incisions behind the ears. He then lifts the skin and tightens it to hide the signs of aging that you have. In addition, the muscles of the neck are tightened and the excess skin and fat are removed.

What Determines the Right Age for a Facelift

There are many factors that determine how fast the aging process of the face happens. The first and most important Ibelieve is genetics. Some patients with hispanic or asian backgrounds tend to stay younger for more years.  People with thick skin and more oily skin I also believe age slower.

The second most important factor in the aging process is lifestyle. Those who smoke and drink can age quicker.  Also as important as part of your lifestyle is managing your stress and a good diet. I believe these factors can have a significant impact on the aging process.

As an aside, if you are considering a facelift smoking really needs to be stopped as well as reducing alcohol 2 weeks before the procedure  and 2 weeks after.

Related to the genetic factor but not entirely dependent on your genes, is the overall quality of the skin in affecting the aging process.  Those with thin skin and who take alot of sun will definitely age faster and require a facelift at a younger age. When getting a facelift with  Dr. Salomon you can expect a natural outcome and you will look like yourself just younger.

How Do You Know if a Facelift is Right for You?

The best way to find out if a facelift is right for you is with a look at some of the signs that indicate you’re ready for the procedure. This includes your general health. The surgeon wants to make sure that that you are healthy enough to both undergo the facelift and recover from the procedure. Another sign that you’re ready is when you hate looking in the mirror because of what you see. While a facelift isn’t a magic pill, it can improve both your looks and self-esteem. You may look up to 10 years younger once you heal from your facelift.

Another sign that a facelift can help you is when you feel prepared for the changes that you’ll see. Some think that a facelift will make them look like they’re in their 20s again and are disappointed with their results. Others are disappointed because the procedure makes them look significantly different than they did before. Your surgeon will give you an idea of what to expect from the procedure. It’s also helpful to consider your recovery time. Many people look at the top reasons for facelifts without realizing that they need to spend 1 week to 10 days recovering from the procedure. When you choose a facelift by Dr. Jhonny Salomon, you have the chance to talk about your concerns and get answers to all of your questions.

When you book an appointment with us, you can rest assured that Dr. Salomon will always put you and your needs first. Though the current average age of a Facelift is around 47 years, we will give you a 100% free genuine consultation to see if you are an ideal candidate. Older people may not notice the signs of aging or let those signs bother them until they’re in their 50s or even 60s. Younger patients choose facelift surgery due to genetics and other factors that make them look much older than they are. We offer plastic surgery Miami procedures that give you a self-esteem boost and make you feel better about yourself. Call 305-363-6336 today to learn about the facelift and facial rejuvenation procedures that can transform your life.